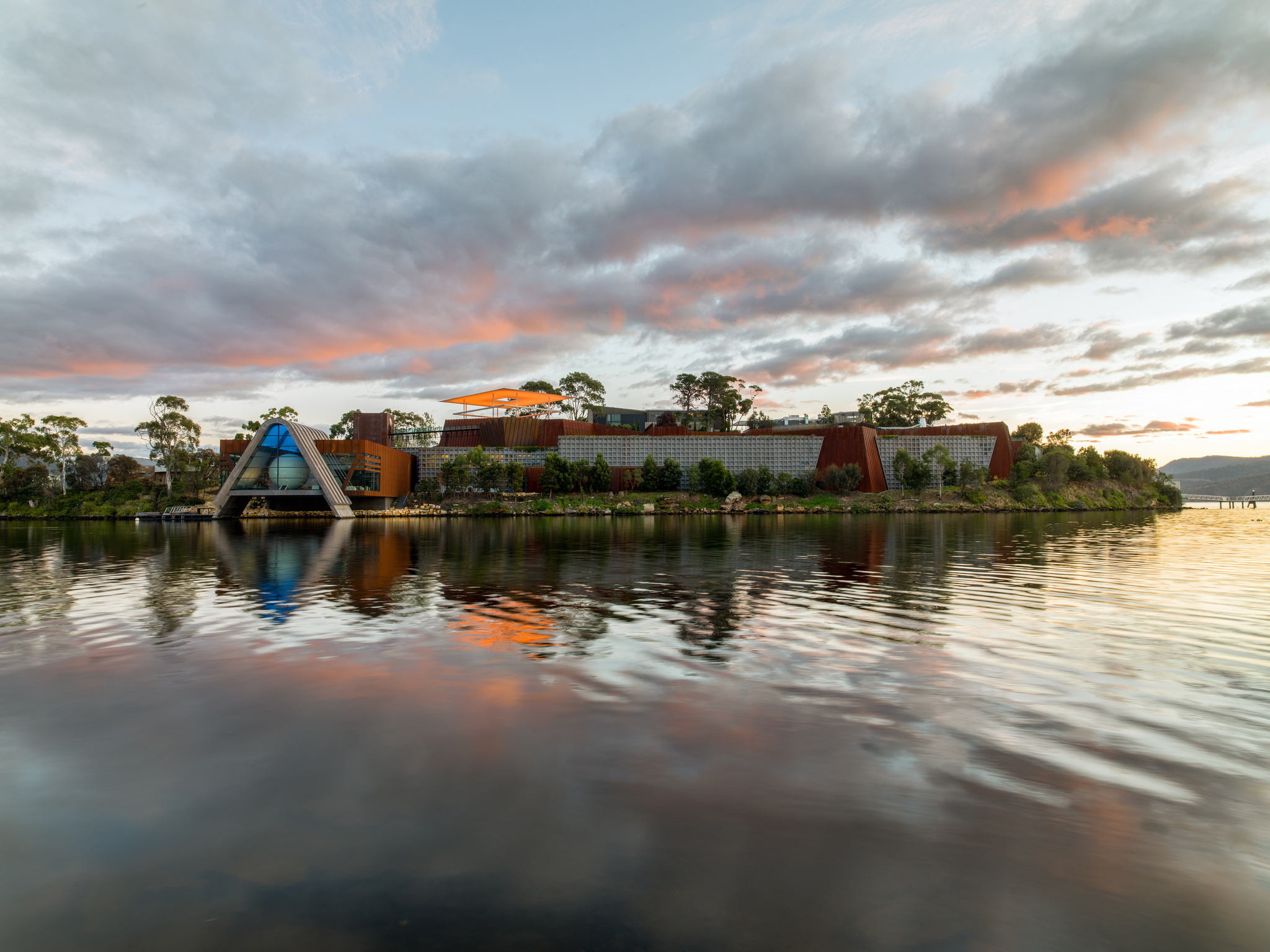 Mona is the playground and megaphone of mega nerd and try-hard playboy David Walsh, who grew up in Tassie (just down the road from Mona), dropped out of uni, played cards, won, did some other stuff, and opened a small museum of antiquities, to which no one came. He declared it a triumph and decided to expand. The result is Mona, a temple to secularism, rationalism, and talking crap about stuff you don’t know much about. We won’t tell anyone. Come and play.